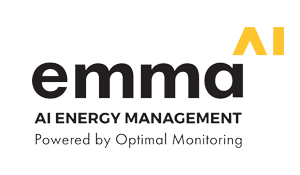 Almost everyone loves a good game but not many people realize that nowadays video games are more mainstream than films or music. The industry has been on a rapid rise for several years and is expected to generate $152 billion in 2019. What is the reason behind their gigantic growth and is there anything that energy management can learn from the video games industry?

A bit of history
Games are not new. In fact, history of games and history of humans are intertwined. Earliest board games, like Egyptian Senet date back to 3500 B.C. First rolling dice were found around 3,000 years ago! Chinese have been enjoying various tile games like dominoes for the last 800 years. Games were not only a source of entertainment – it seems that they were vital for our intellectual and social development. They are natural and an essential part of being alive and not only humans play games – many animals employ games for learning and entertainment.

Risk vs. Reward
The beginnings of games were humble but nowadays they are a big industry that generates tons of money each year. The latest evolution of games, video games, take months or years, hundreds of talented professionals and a considerable amount of money to be produced. Many video games fail to succeed but ones that do, reap enormous rewards. The so-called AAA games produced by biggest and most relevant studios generate billions of dollars in profit. For instance, Grand Theft Auto V made $800 million in worldwide revenue in just 24 hours after its release in 2013 and to this day has generated over 6 billion dollars.

Engagement
Of course, there are other things that games do well, apart from making money. Game designers are masters in engaging their users. There are many ingredients to a successful game that will hook players for weeks or months like a compelling story, great visuals or responsive controls but there are also common, fundamental elements to all games that could easily be implemented in context of energy management.

One of the greater challenges in influencing human behavior is engagement, and even more so maintaining that engagement over time. In any eco-system which needs interaction to grow, engagement and the driving the desire to engage is key, something we have experienced in the development of our EMMA AI platform. So how can we use video games principles to improve energy management platforms and boost our users’ engagement and cooperation? The answer could be gamification.

Gamification
Gamification is everywhere, many industries already employ this set of strategies to boost sales and retain customers. We have gamified learning with apps like Duolingo or Yousician. We have gamified shopping – you probably collect points on rewards card when buying groceries or gas for your car. Gamifying a product is not too difficult and can be achieved in a few relatively simple steps.

Firstly, we need to hook players. This can be done in a couple ways:

Once the initial hook is served, the gaming process must be enriched by following strategies:

Takeaways
Games have always been part of human existence and have recently become extremely successful. The video games market is now bigger than Hollywood and music industries combined. They are more robust, exciting and complex than ever before and the key to their amazing success is ability to keep players engaged. Strategy of applying video game design principles to everyday tasks is called gamification and it turned out to be a great way to keep ‘players’ motivated and invested. Users’ engagement and feedback is especially important to products like EMMA AI.

The gaming mindset is applicable to other aspects of products like EMMA AI too. You must play to have a chance of winning and the more people who play the better the experience for the players. This is one game you cannot afford to wait for someone else to finish first.

Have a quick question?

Optimal Monitoring are specialists in the design, creation and delivery of Energy Monitoring, Analytics and Reporting Software. With over twenty years of industry experience, UK based Optimal Monitoring enables organisations to make smarter decisions about utilities, energy consumption and the impact on corporate social responsibilities.